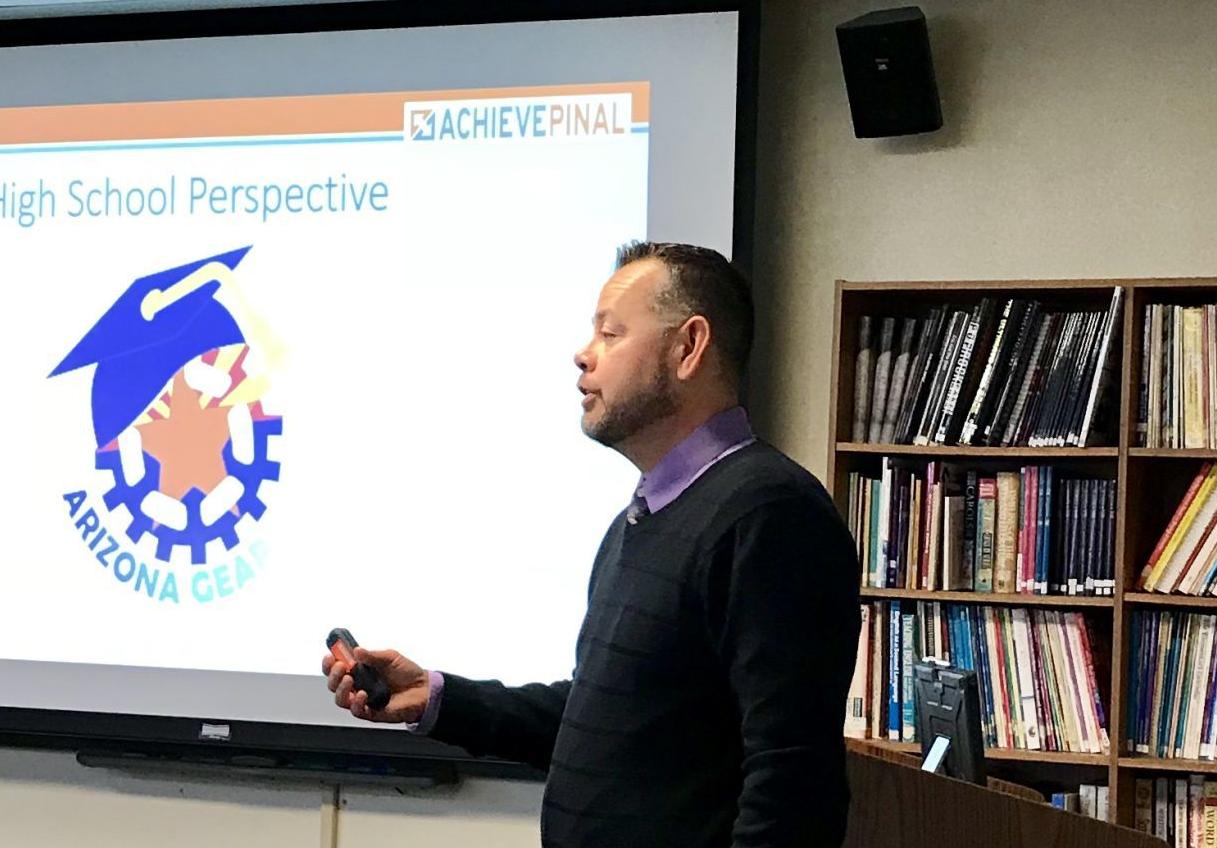 Cultivating a strong and reliable workforce in the next five to seven years is crucial to the future of Pinal County.

That’s the message Pinal County school superintendents heard Thursday from a committee of leaders with Achieve Pinal, a committee of the Pinal Alliance for Economic Growth organization. According to Judee Jackson, a member of Achieve Pinal, the committee was formed in May 2017 with the intent of assisting local governments and school districts with workforce development and preparing students for their futures.

Speaking with PinalCentral prior to the meeting, Jackson said one of the goals of the committee is to work with all Pinal County superintendents in an effort to reach seventh-grade students as they begin to work toward their high school and college goals.

“Reaching students in seventh grade will help them be cognizant of what they want to do in the future and help them see how the decisions they make in high school will impact that,” Jackson said.

One of the challenges that will face today’s young people is that they are going to have to be prepared for jobs that likely don’t exist yet, Jackson said.

The changing pace of technology means students will continually have to hone their skills and be willing to adapt, something Jackson said is often hard for older workers. Instilling that mindset now will help tomorrow’s leaders weather potential employment changes.

At the Casa Grande Elementary School District, career readiness has become an important component for middle schoolers, said Jennifer Murrieta, principal at Casa Grande Middle School. Murrieta said her school’s week-long career camps in the summer help students get a feel for what particular careers might be like.

Murrieta said she was presenting to the superintendents Thursday an opportunity to learn from her successful camps and help other districts implement the same types of programs.

It’s this collaboration that Jackson said would be vital going forward, not only for students but also for Pinal County as a whole.

“Whether you’re Kearny or Florence or Casa Grande, all the cities in Pinal County have three things: a city government, a school district and a business community,” Jackson said. “We need to all be working together with that common goal.”

Achieve Pinal is using benchmarks set forth with its partner organizations to help measure student and post-graduate achievement in Pinal County. Jackson said after getting the seventh-graders prepared for high school, college and careers, the next biggest focus area in Pinal County is what are called “opportunity youth,” which includes young adults ages 16 to 25 who are neither in school nor working. The problem, Jackson said, will be identifying those people and trying to get them help with either finishing their education or finding jobs.

Jackson said she’s hopeful that with all of the new projects coming to Pinal County in the next five years that today’s students will be able to find gainful employment and remain in the county.

Achieve Pinal can’t help districts with money, but it can offer assistance in terms of mentoring, guidance and assistance, Jackson said, adding that she hopes Thursday’s meeting is the first of many collaborations.